Today the Wellington Shire Council has voted 7-2  to support the long standing Community Plan in The Honeysuckles, a  coastal hamlet in Gippsland Eastern Victoria, that agreed many years ago to have no street lights installed.

The poles have been in for decades with no lights.

With the roll-out of new LEDs, the contractor came along and fitted lights to the poles. Through much lobbying local citizens led by Bruce Renowden were able to have the fittings removed again.

While all this was transpiring, unfortunately some other local residents raised a petition to have the lights operational.

The issue was scheduled on the agenda to be heard today at Wellington Shire Council Meeting. 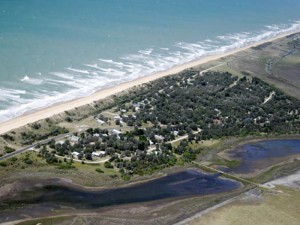 The Honeysuckles – 90 Mile Beach, Gippsland, Victoria (photo taken 2003)
Area ~ 1.25 square kilometres
Permanent Population ~ 40 (approx.)
Holiday Resident Population ~ 80 to 140 (Peak Times – 4 to 6 weeks)
IDAVic have used The Honeysuckles situation as a model for sensible town planning, where streetlights haven’t been installed and would serve little purpose. Wellington Shire Council are to be congratulated on ensuring protection of the environment and thinking outside the normal existing policies.